During the first week of January 2015, comet Lovejoy reaches its closest point to Earth. Skywatchers who believe that comet C/2014 Q2, as it was formerly known, will bring love and joy, will be somewhat disappointed to learn that its name is only derived from the Australian astronomer Terry Lovejoy and has no other descriptive value. Lovejoy discovered the comet, back in August 2014. 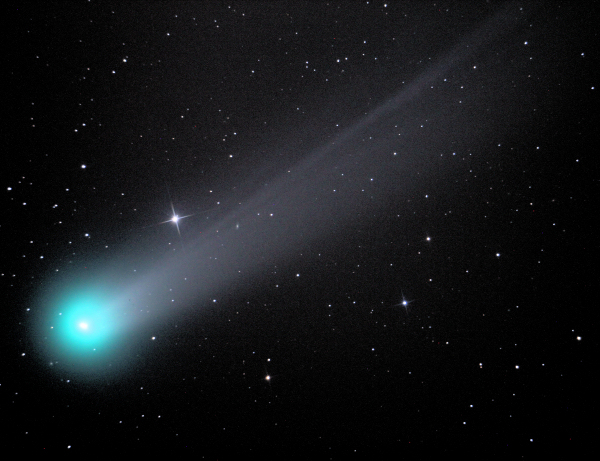 Astrologically speaking, comet Lovejoy will be visible with the naked eye when he is in Taurus. To find out what this could mean, we have to turn to my translation A German Stargazer’s Book of Astrology*. Here we find:

“And if a comet is seen in the earth signs … there will be a great shortage of bread, and the earth will be dry, and the people will become very ill, because of dry illness like scurf and scabies. And death will come among their cows and oxen and other animals. And human order and laws of the people will be disturbed, and common decency; and there will be a lack of the usage of ore, like iron and copper.” (Stargazer, p141)

Looking more closely into the effects of a comet in Taurus, we read:

“If a comet is seen in Taurus, it indicates quarrels and falls, which will occur in the Christian part of the world. And there will be many diseases and illnesses in the towns and villages which are under the rulership of Taurus.” (Stargazer, p143)

Christian countries traditionally thought to be ruled by Taurus, are: Poland, Russia and Cyprus. This gives us an idea which countries could be affected by the appearance of this comet. With Russia, the Ukraine, but also Turkey and Cyprus making the headlines nearly every day, the suggestion of political unrest and therefore resulting problems with crops and cattle do not come as a surprise at all.

The appearance of comet Lovejoy in Taurus indicates a connection to the planet Venus. The blazing star’s green colour also corroborates this. Turning to the Stargazer, once more, we read:

“And the comet called Miles … is of the complexion of Venus … is fast moving, and has hair, and throws striae behind him, and is moving backwards through all signs. … and if it is visible, it creates fear, which will come amongst the kingdom, amongst kings and mighty rulers, so that all of them will be scared.” (Stargazer, p162)

A good resource to find out where comet Lovejoy is located at any particuar moment in time, can be accessed here:

4 thoughts on “A Comet named Lovejoy”