Read an in depth interview with me in the latest issue of Mandrake News, the monthly newsletter of Mandrake of Oxford.

There is also an unbeatable May book offer, and much more to explore.

Born less than a year before the death of Queen Elizabeth I in 1603, William Lilly lived during one of the most turbulent times in English history. Like so many of his generation, he had to deal with the plague, was drawn into the madness of the English Civil War and was forced to take sides, and witnessed the regicide of King Charles I. Lilly lived in a time of enormous religious and social upheaval, but his astrology remained the outer expression of a magical world-view, based on hermetic and neo-Platonic principles and rooted in the 16th century.

This book provides the reader with a thorough introduction to the world of William Lilly, the famous 17th century astrologer and magician. It includes his autobiography, transcribed from the autograph, with annotations, commentaries and biographical notes, including Elias Ashmole’s addenda. Nativities of some notable persons are appended.

Also included is the Nativity of Sir William Wittypoole, the transcript of a nativity, rectified and directed by William Lilly. This previously unpublished manuscript provides the reader with an exciting insight into the working methods of the master astrologer.

The book also includes Peter Stockinger and Sue Ward’s Monster of Ingratitude, an investigative journey offering new insights into the notorious contention between Lilly and the astrologer John Gadbury. Included are brief biographies of Lilly and Gadbury, and the results of in-depth research, showing how their enmity began, developed and ended, including details of the rather one-sided pamphlet war. An thorough study of published material, timelines and bibliographic entries of all primary sources used are also included and provide the grounds for a different explanation from that commonly proposed. 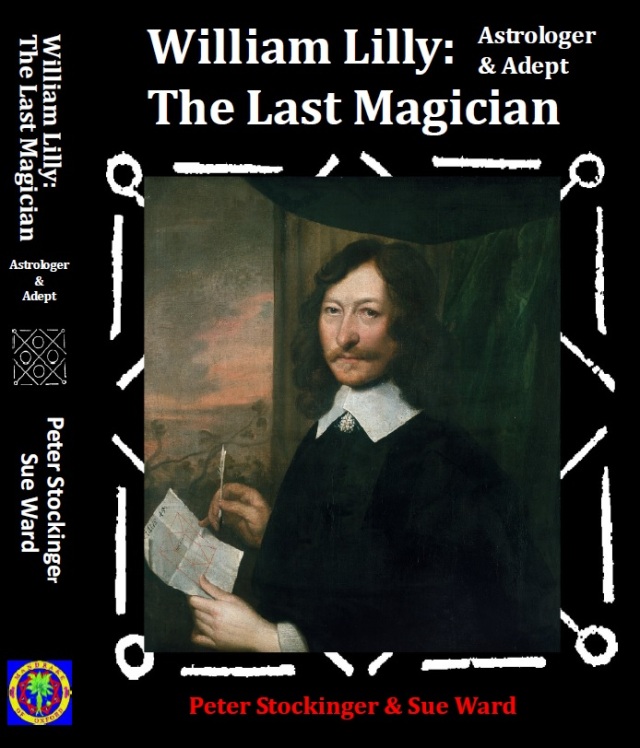 William Lilly: The Last Magician is available via Amazon, most bookstores, or may be ordered directly from Mandrake of Oxford. To visit their website, click the thumbnail below:

There is also a dedicated Facebook page, which can be viewed and “liked”, following this link:

Readers who “like” this page will be notified of any new links to reviews, sample chapters, and more.

A German Stargazer’s Book of Astrology is the first English translation of Astronomia Teutsch Astronomei, published in 1545 in Frankfurt am Main. The original work was one of the earliest astrological textbooks in the vernacular, predating William Lilly’s famous English primer Christian Astrology by over a century. With this translation, I offer the English reader an exciting insight into the working methods of a 16th century astrologer living on the cusp of the Late Medieval and Early Modern periods. The book contains a detailed introduction by the translator, providing valuable background information and historical context, and is comprehensively annotated throughout.

The book is divided into six parts:

Clicking on the thumbnails below will provide a detailed view of the book’s contents list:

A German Stargazer’s Book of Astrology is available via Amazon, or may be ordered directly from Mandrake of Oxford. To visit their website, click the thumbnail below:

There is also a dedicated Facebook page, which can be viewed and “liked”, following this link:

Readers who “like” this page will be notified of any new links to reviews, sample chapters, and more.